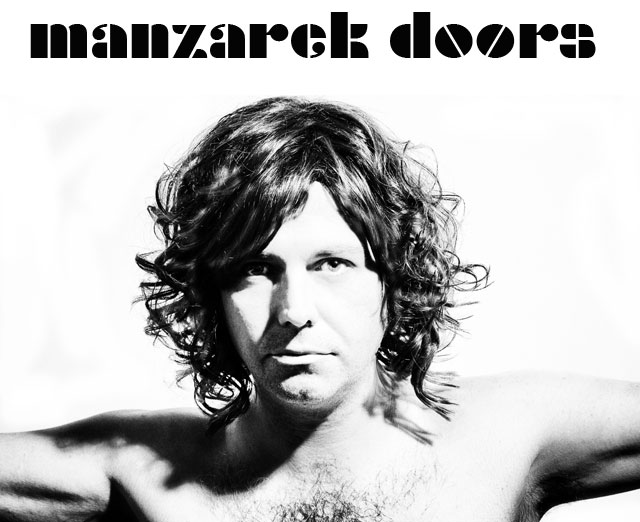 The Manzarek Doors in Camden! 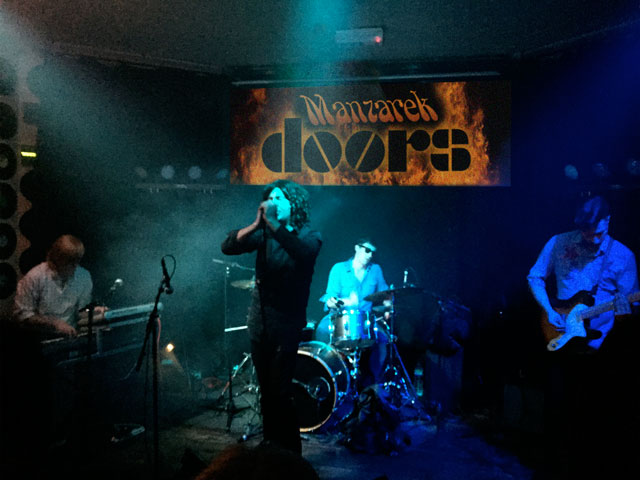 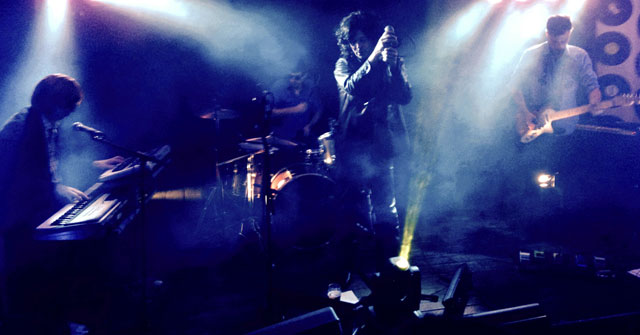 Reformed and playing at The Beacon Court Tavern on Sat 5th September! Thanks to the Medway Messenger for the preview. 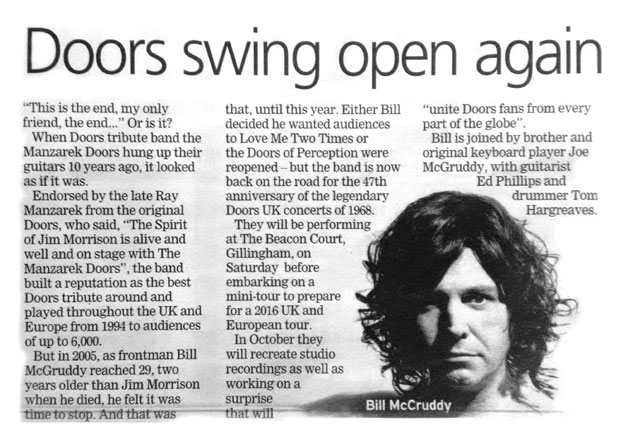 Exactly 47 years ago on September 6 and 7th 1968, Jim Morrison and the Doors played two gigs at the Roundhouse in Camden, London, which immediately went into the history books. (The Doors only played one other public gig on UK soil – at the Isle of Wight two years later)

The Roundhouse gigs were the coolest of the day. Jim Morrison was at the height of his powers and the Doors at the top of their game. The concerts were condemned by Mary Whitehouse and attended by Paul McCartney, Mick Jagger and Keith Richards and filmed by Granada.

To celebrate the 47th anniversary, the Manzarek Doors will be recreating the two-set shows from the Roundhouse at the nearby Fiddlers Elbow, Chalk Farm, Camden, on September the 11th.
Tickets available here 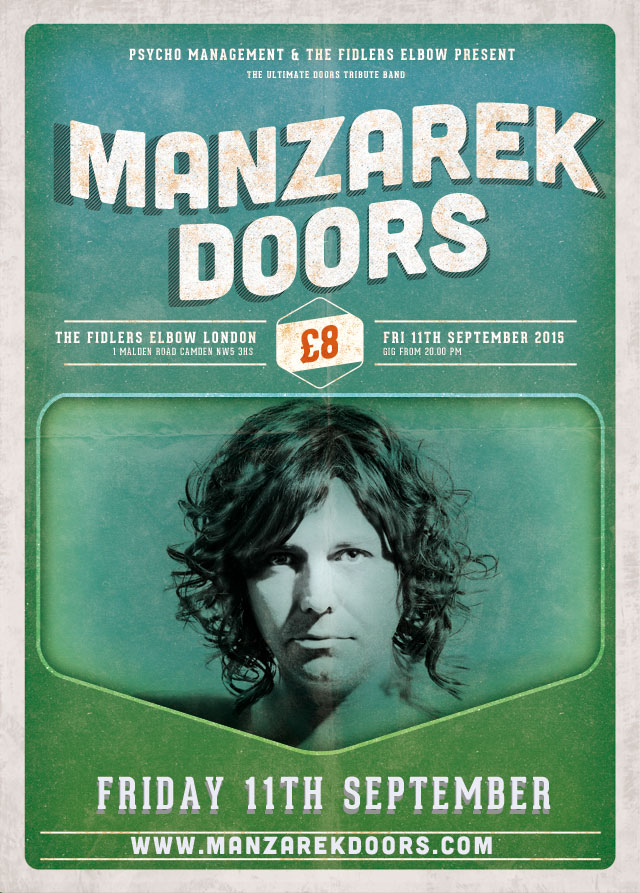 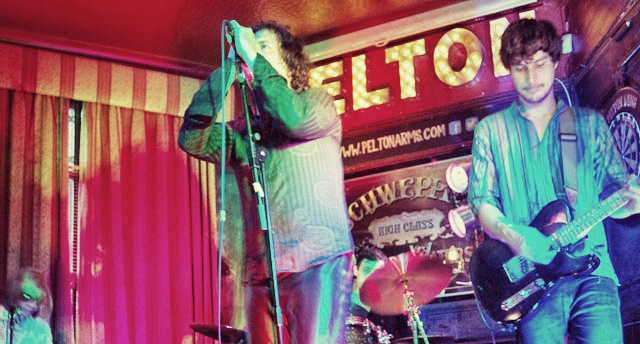