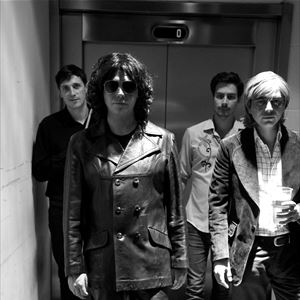 From an era of Woodstock, the summer of love and Vietnam, The Manzarek Doors faithfully recreate The Doors Recorded and Live back catalogue, their onstage persona, musicianship and performance captures the essence and nostalgia of the legendary  bands live shows, captivating audience’s and transporting them back in time. Morrison impersonator Bill Mcgruddy envokes the spirit and psyche of Jim delivering a potent and convincing performance everytime.

Endorsed by the late Ray Manzarek, the show toured extensively throughout the UK and Europe from 1994 to 2005 playing to audiences of up to 6000 across Ireland, England, Scotland, Wales, France, Holland, Sweden and Germany, with many TV and radio appearances, mainstream press and exclusive interviews from Paul Ross and Lorraine Kelly.  After ten years the Show has reformed with original vocalist Bill McGruddy and Original Keyboard player Joe McGruddy, welcoming new members Guitarist Ed Phillips and Drummer Tom Hargreaves.

Bruce Barthol will be performing with us on the 21st June at Nell’s Jazz and Blues bar to mark the 50th Anniversary of the Summer of Love. Bruce will also be joining us as very special guest playing bass on L.A Woman! Bruce Barthol, was the original Bass player with USA psychedelic rock legends, ‘Country Joe and The Fish’ and appeared at the Monterey Festival and on all of their seminal albums. By 1969 Bruce had left the USA to ‘dodge the Vietnam war draft’ and came to Great Britain, where together with Gary Petersen and Phil Greenberg, two old friends from Berkeley, California, put together the band ‘Formerly Fat Harry’, who eventually signed to Pink Floyd’s management company and recorded for Harvest Records.